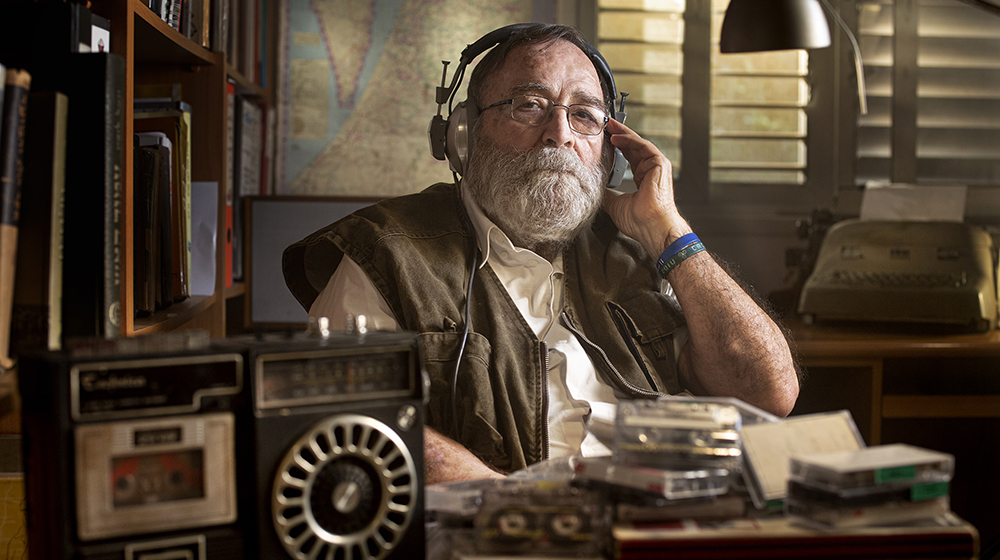 Tantura, Sundance’s opening night film, documents the war that broke out when the State of Israel was established in 1948. To Israelis, this is known as the War of Independence; to Palestinians, it is “Al Nakba” (the Catastrophe). In the late 1990s, graduate student Teddy Katz conducted research into a large-scale massacre that had allegedly occurred in the village of Tantura in 1948. His work later came under attack and his reputation was ruined, but 140 hours of audio testimonies remain. Director Alon Schwarz revisits these records to re-examine what happened in Tantura and explore why discussion of the Nakba is taboo in Israeli society. Interviews with former Israeli soldiers as well as Palestinian residents expose how power, silencing, and protected narratives sculpt history.

Screening followed by Q+A with director Alon Schwarz. Reception in the lobby following at 9pm. 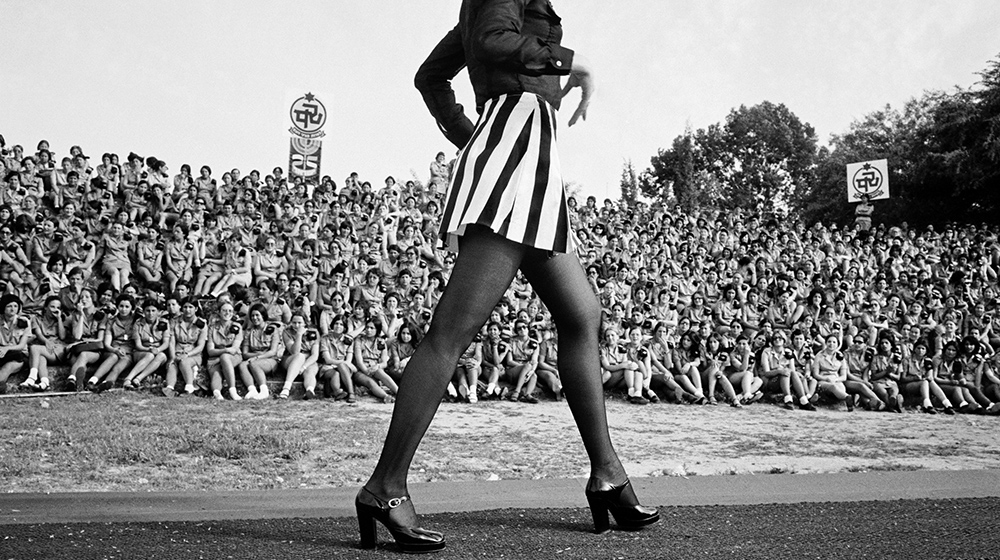 For a year and a half, the acclaimed photojournalist Micha Bar-Am allowed director Ran Tal to enter his vast archive of negatives. 1341 Frames of Love and War provides an intimate portrait of the artist and a meditation on memory, violence, and identity. Composed entirely of images that Bar-Am took over more than 50 years, the film reveals an epic journey and the enormous price that comes along with documenting atrocities and wars. It is a complex love letter to the power, beauty, and horror of photographic imagery.

To celebrate Shabbat, there will be wine in the lobby at 5:30pm. 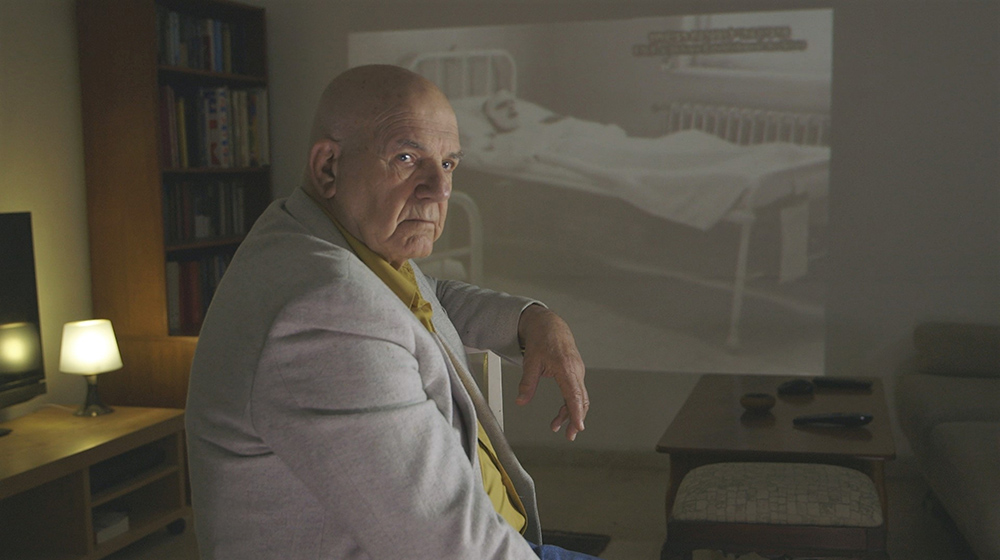 History is archived by the victors. While searching in an Israeli archive, filmmaker Karnit Mandel stumbles across film reels from a long-lost Palestinian Liberation Organization record. This never-before-seen footage was seized by Israel during the 1982 Lebanon war, and Mandel begins to wonder what is so dangerous in it that requires hiding. As the truth of these historical records unravel, she comes into conflict with the bureaucracy of Israel’s defense apparatus, which denies the possession of additional footage. Will she be able to wrestle back any of this untold history, or will the reels forever remain buried?

Co-presented by Americans for Peace Now. 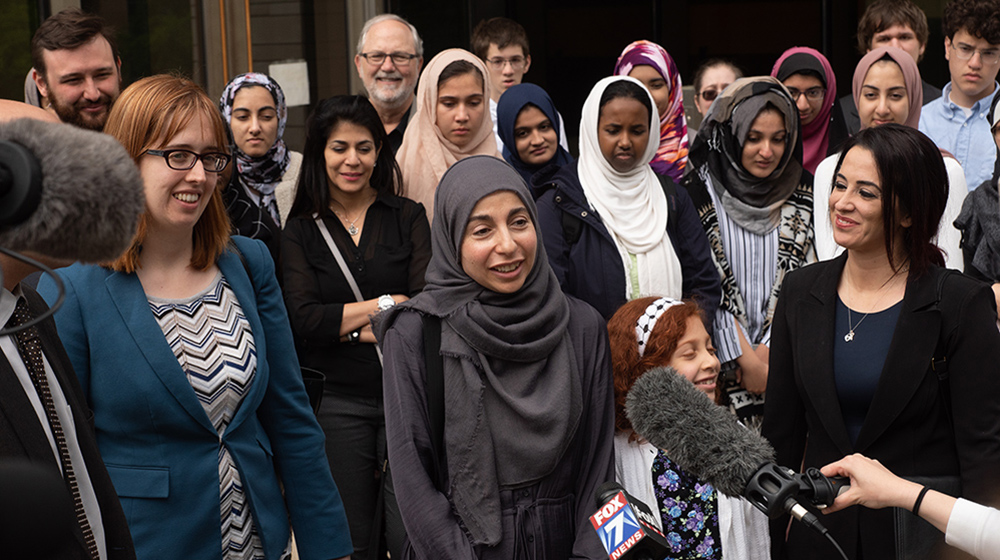 When a news publisher in Arkansas, an attorney in Arizona, and a speech therapist in Texas are told they must choose between their jobs and their political beliefs, they launch legal battles that expose an attack on freedom of speech across 33 states in America. Boycott traces the impact of state legislation designed to penalize individuals and companies that choose to boycott Israel due to its human rights record. A legal thriller with “accidental plaintiffs” at the center of the story, Boycott is a bracing look at the far-reaching implications of anti-boycott legislation and an inspiring tale of everyday Americans standing up to protect our rights in an age of shifting politics and threats to freedom of speech.

Co-presented by T’ruah and Jews For Racial and Economic Justice. 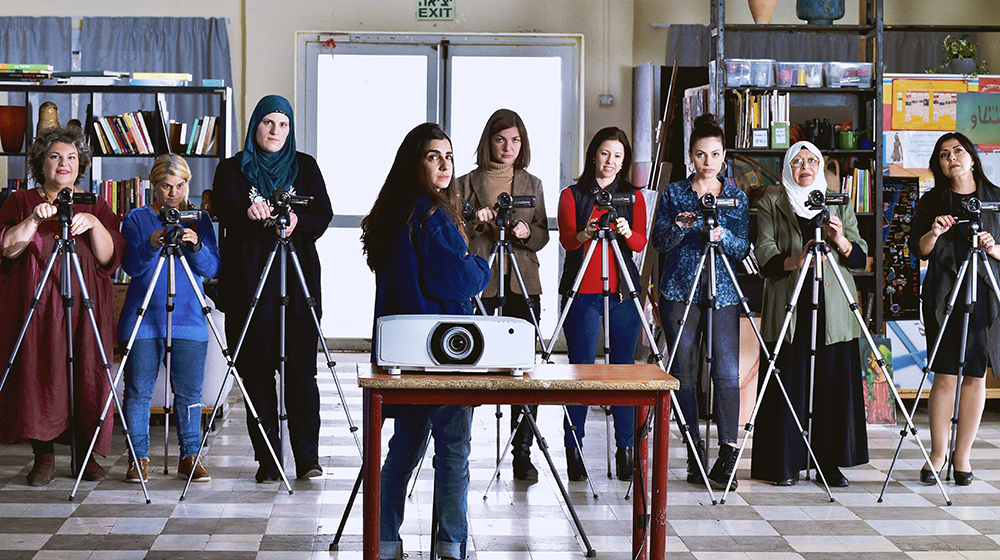 Actress Dana Ivgy leads a cast of non-actors in this dramatic narrative. Nine women, Arab and Jewish, take part in a video workshop to learn how to document their lives, hosted by a young film director named Rona. As the women begin to film their lives and share the raw, homemade footage with the rest of the group, the group dynamic shifts, forcing each of them to challenge their views and beliefs as they get to know one another and themselves better.

This film is not streaming virtually. 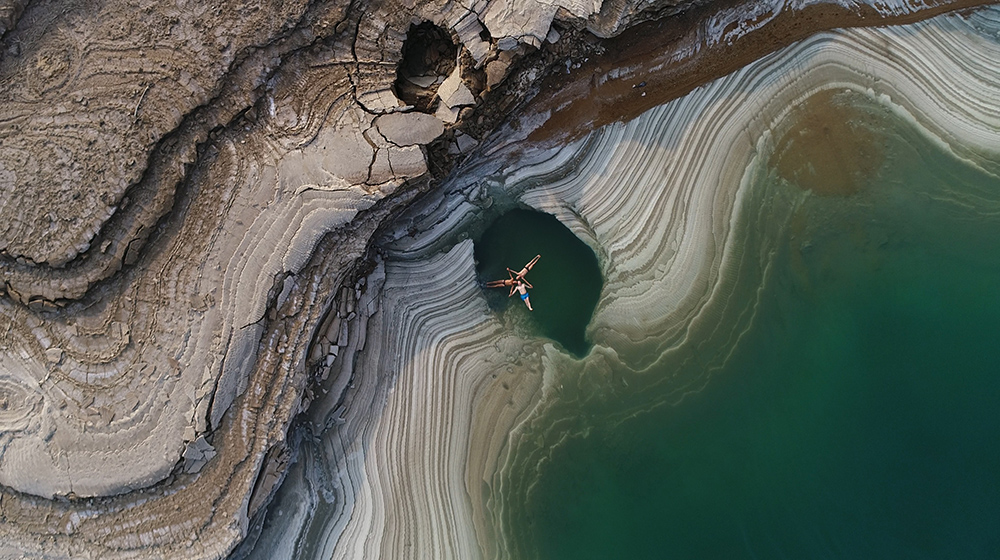 The Dead Sea—the lowest place on earth and one of the wonders of the world—is drying up at an alarming rate. Three men—a Jordanian, an Israeli, and a Palestinian—feel they cannot just stand by, so they put together a group of international swimmers to do something that has never been done: swim across the Dead Sea from Jordan to Israel. Amidst suffocating politics, the film follows this extraordinary and dangerous action, hoping to achieve media exposure that will drive the region’s countries to take action. One swim at a time.

Co-presented by JStreet and the Center for Israel. 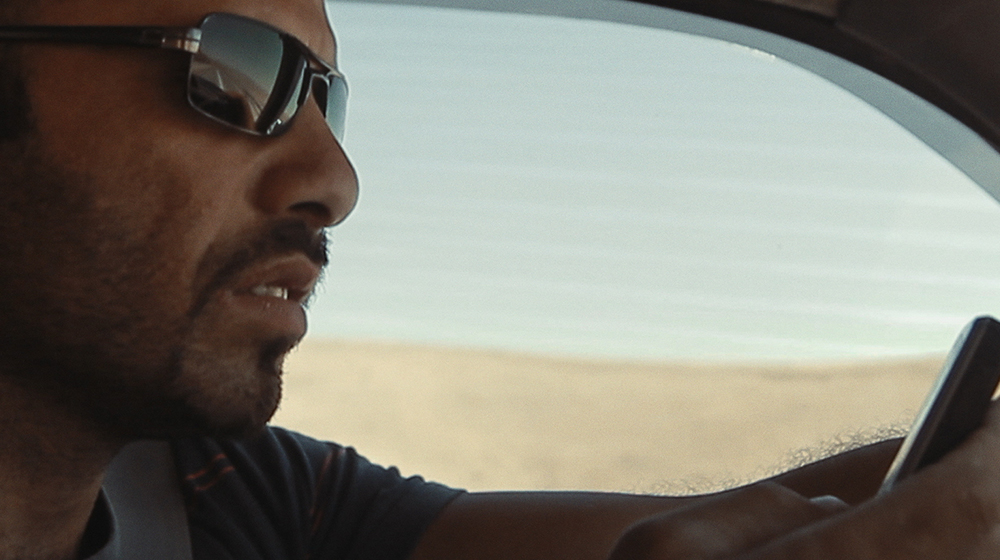 Drivers Hamouda and Ismail navigate the Israel-Palestine border and smuggle Palestinian workers from one world to the next so that they may simply provide for their families. Over the course of eight years, film cameras follow two men as they careen their cars through sandy dunes and across winding roads, evading Israeli soldiers who assume that any Palestinian heading for the border is a terrorist. An intimate yet harrowing portrait, The Devil’s Drivers is an immersion into life under occupation, documenting car chases and perilous trips in breathless suspense.

Co-presented by Encounter and the New York Jewish Agenda. 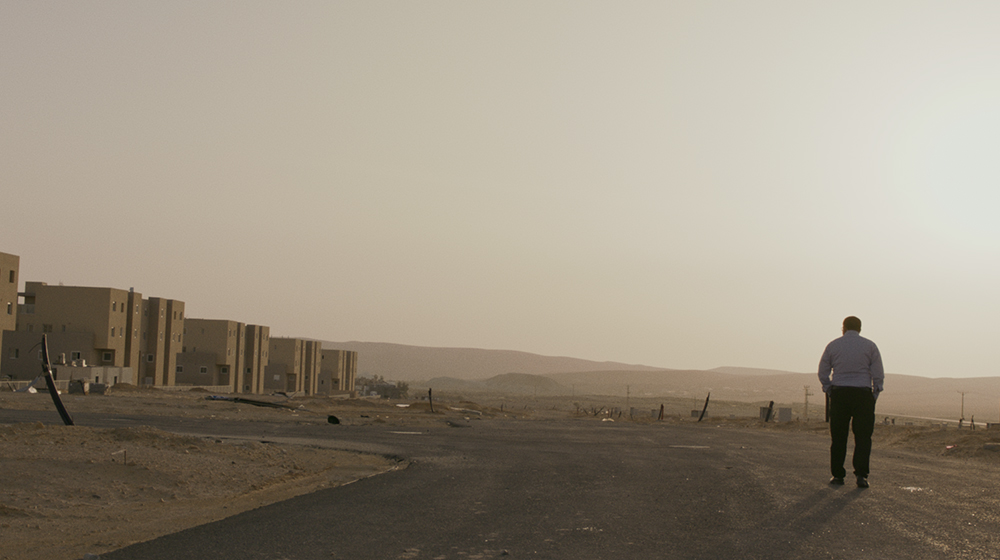 In the 1950s, Mizrahi Jews coming from North Africa and the Middle East were denied their right to a better life in Israel. They were forced to move into development towns in the Negev Desert, and 70 years later, the new generations of Mizrahim still suffer from this policy. Michale Boganim follows the footsteps of her father, who came from Morocco and quickly became a leader of the local Israeli Black Panthers to stand against this discrimination. She embarks on a road trip through Israel’s history to meet with three generations of Mizrahim and share their story.

Co-presented by the Abraham Initiatives. 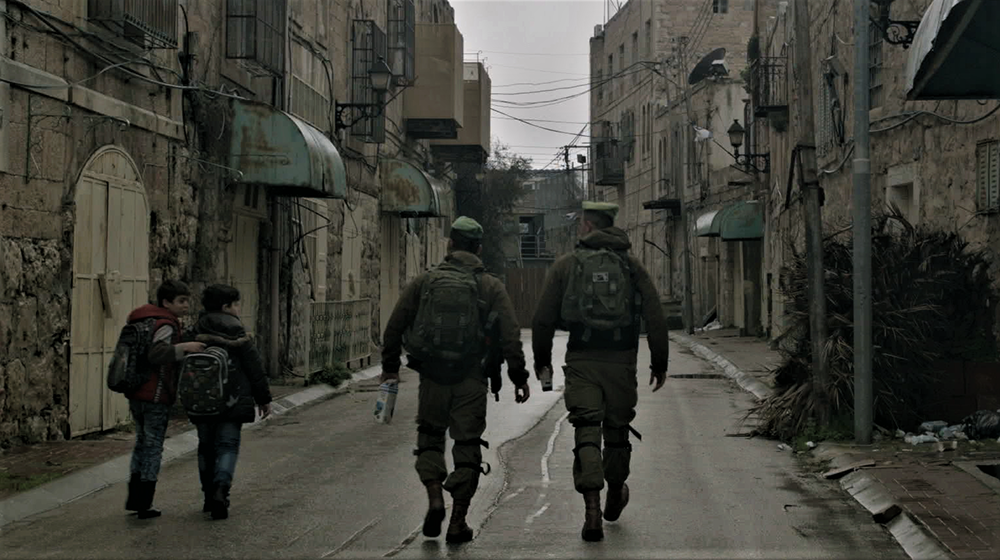 Segregated, highly surveilled, heavily filmed, and intensely guarded, H2 is the only Palestinian city with a Jewish settlement in it. Through rare archive footage and interviews with Hebron’s military commanders, H2: The Occupation Lab uncovers the ways in which a single neighborhood in Hebron fuels the entire Israeli-Palestinian conflict. The film tells the story of 54 years of military occupation and the place that is both a microcosm of the entire conflict and a test site for the methods of control Israel is implementing throughout the West Bank.

This film is not streaming virtually. 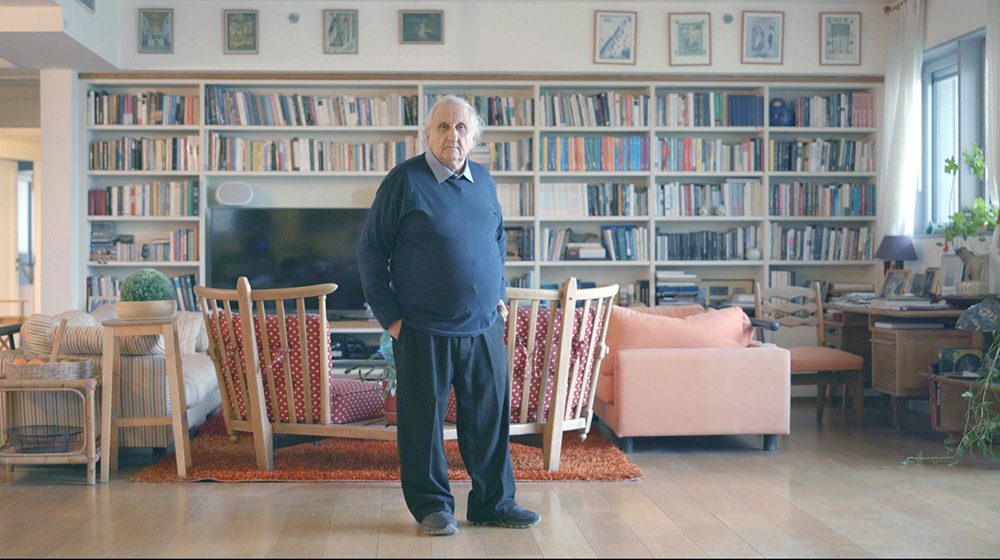 A loving portrait of A.B. Yehoshua as he deals with terminal illness, widowerhood, and loneliness. The prominent Israeli writer faces death with unflinching honesty, and does not for one moment give up his joie de vivre. The Last Chapter of A.B. Yehoshua is a rare and striking look into the life of one of Israel’s most beloved writers, who passed away in June 2022.

Co-presented by the Marlene Meyerson JCC of Manhattan’s Center for Arts and Ideas. 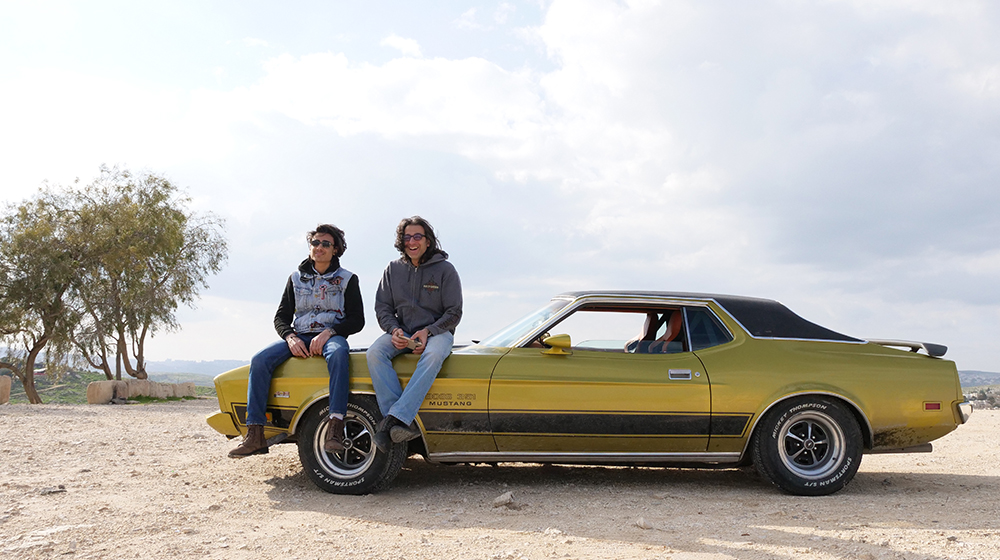 For hundreds of years, a dynasty of Christian tattoo artists from the Old City of Jerusalem tattooed pilgrims with ancient olive wooden stencils.​​ The sole heir of this 500-year lineage, Wassim Razzouk, discovers an old book that implies not all the stencils belonging to his family were passed down to him. Wassim begins a quest to find them and retrieve as many as he can. His three-year search uncovers a major rift in his family from decades ago, revealing secrets, deceptions, thefts, and even an unsolved murder.

Co-presented by the InterAgency Task Force on Israeli Arab Issues. 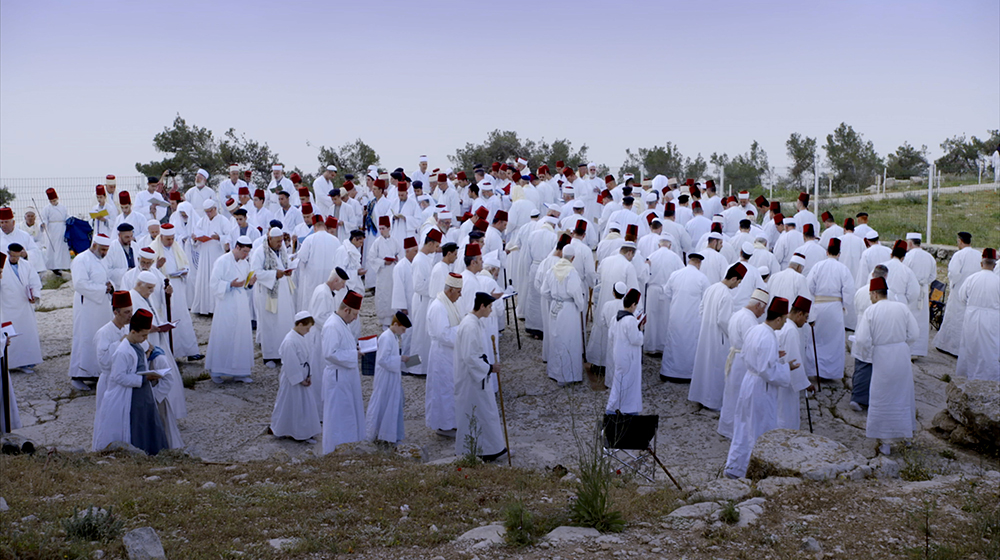 On Mt. Gerizim, a community of 850 Samaritans and their 3,500-year-old biblical tradition struggle to survive. Endangered by the modern life surrounding them and strict customs on marriage within their religion, they try to prevent extinction and preserve the community, the Torah, and their Holy Mountain. 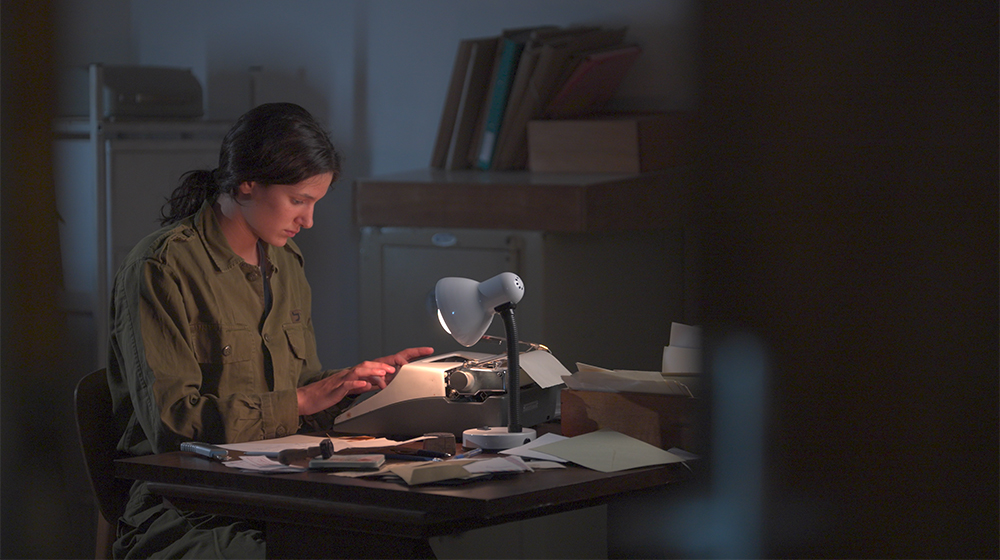 From 1948 onward, the Israeli military censorship examined soldiers’ letters under the guise of preventing the disclosure of military secrets. But unknown to soldiers was a secret apparatus which copied their letters and stored them. The purpose was to analyze the views of ordinary soldiers, and the findings were presented to high-ranking officials in a top secret report titled “The Soldier’s Opinion.”

Co-presented by Breaking the Silence and The Taub Center for Israeli Studies at NYU. 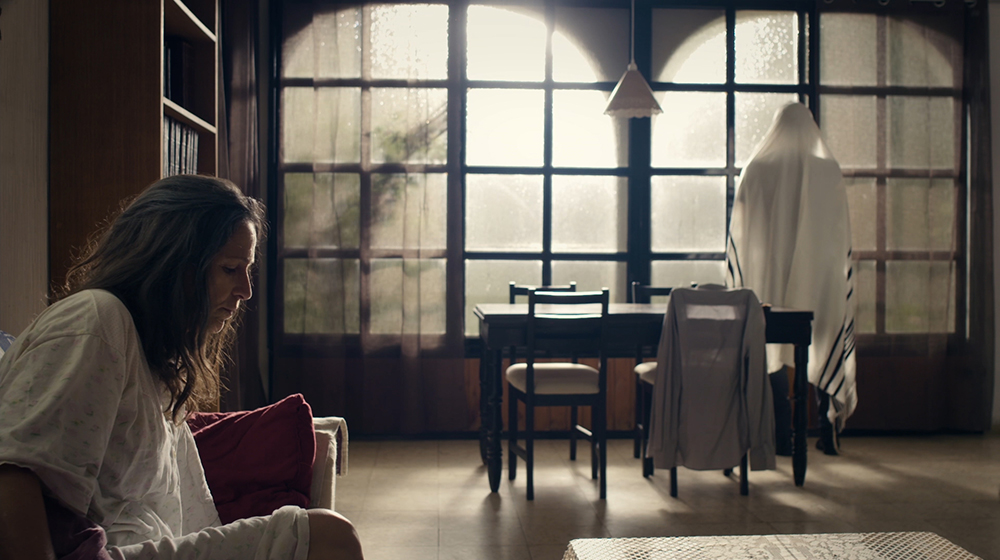 An elderly woman is kidnapped in the middle of the night on a busy street. She identifies as Pauline Weiss, a wealthy philanthropist, and demands her abductors release her back to her rich and loving husband. The three “kidnappers” claim she is their mother, Jackie Amar, a poor widow, who lost her mind after the deaths of her husband and son. The struggle between them intensifies and turns into a war of identities, reflecting the divides and gaps that haunt Israeli society.

The Last Chapter of A.B. Yehoshua

The Samaritans: A Biblical People