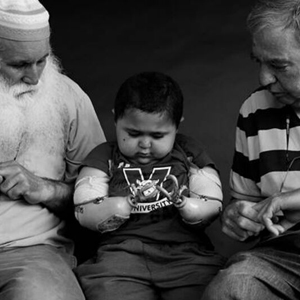 As an infant, Palestinian Muhi was rushed from his home in Gaza to an Israeli hospital. Travel restrictions allowed only Muhi’s grandfather to accompany him to Israel, and seven years later, Muhi has grown into a brave and spirited boy. Unable to receive the care he still needs in Gaza, he and his grandfather remain in the hospital, spending their days roaming the wards, separated from their family and most of the outside world. With the help of an Israeli who lost his own son due to war, the grandfather steadily fights to create a future for Muhi outside of the hospital, whether in Israel or Gaza. Caught between two worlds, Muhi grows up speaking Arabic and Hebrew, studying the Torah and Koran, and cared for by the very government that keeps him separated from his mother and the rest of his family. This paradoxical circumstance transcends identity, nationality, religion, and the larger conflict that both surrounds him and divides his world.

Q&A to follow with producer Hilla Medalia from Israel moderated by Ruth Messinger, Social Justice Activist in Residence at the new Joseph Stern Center for Social Responsibility at the JCC. 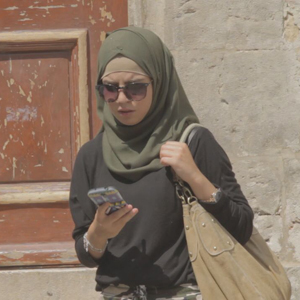 In recent years, social media has become a central part of Palestinian life. The film follows four Palestinians who utilize social media–especially Facebook and YouTube–for both activist and aspirational purposes. Mousa, describing the centrality of the Internet in daily life, repeats a common joke: “If you see a guy who doesn’t have money to buy a coffee, and he has iPhone, Galaxy, and Blackberry, welcome to Palestine.” Ahmad works as a translator, participating in groups that bring together young Israelis and Palestinians for face-to-face dialogue. Manal leads a website that documents violence against women within Palestinian society to shine a light on an otherwise ignored local issue. Issa encourages Palestinians of all ages to use their cellphones to record every interaction with Israeli soldiers as a defense against accusations of violence. To their dismay, peaceful and productive efforts are not the only ones on social media, and the film also illuminates how extremist voices attempt to dominate these platforms.